Anderson’s 1949 -brooklyn- is a catering company that creates food made from local, sustainable ingredients.  Anderson’s 1949 is owned and operated by Chef Sherry Grimes. Sherry established her catering company, Anderson’s 1949, in 2009 and her passion for food and cooking is evident in every detail of her work.  From sourcing, menu planning, and presentation, Sherry keeps in mind the specific tastes and desires of each individual client and strives to bring the freshest, local ingredients to your table. Sherry is a graduate of The French Culinary Institute and has worked at L’Ecole and as a Sauté Chef at Superfine in DUMBO, one of the finest seasonal restaurants in New York City. Sherry is also an active participant in New York’s urban agriculture movement as a farmer at La Finca Del Sur, the first female founded and operated farm in the South Bronx.  Some clients of Anderson’s 1949 include the James Beard Foundation, Black Farmers & Urban Gardeners, Brooklyn Food Coalition’s Good Food Fest, Merck, North Star Fund, the Horticultural Society of NYC etc.

DM: Based on an earlier conversation I had with you, you mentioned that you used to be a neuroscientist. How did you stumble into cooking? or When and why did you start Anderson’s 1949?

SH: Yes, I am a former Neuroscience researcher. I studied sex research and brain activity in women with complete spinal cord injury at Rutgers University. I have an MA in Psychology with a focus in Neuroscience from Rutgers. Then I received an MSW from NYU. I decided that I wanted to put all of my efforts into cooking and graduated from The French Culinary Institute in 2010. Up until one point I was cooking and practicing Psychotherapy simultaneously. DM: What’s one of your favorite dishes to serve?

SH: The Chorizo Burger aka “The Truth”.

DM: Who are some of your biggest influences (could be people/experiences/food items) as a chef?

SH: Biggest influence was the first restaurant I worked in, Superfine. As cooking there made me faster and gave me a respect and love for each ingredient I use. 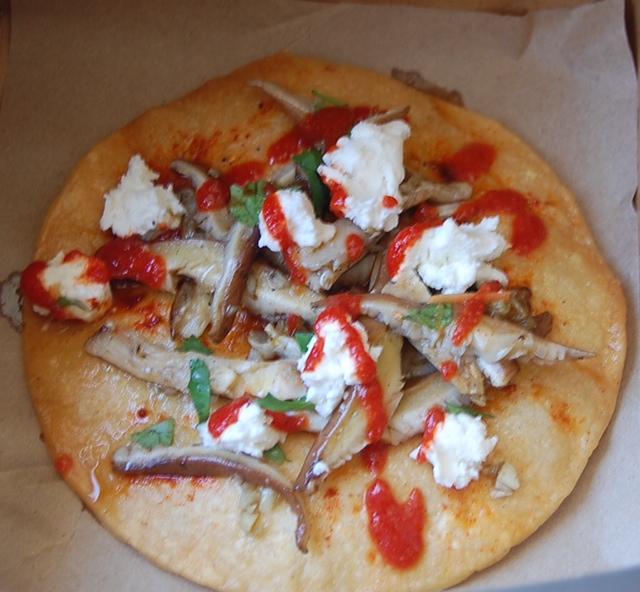